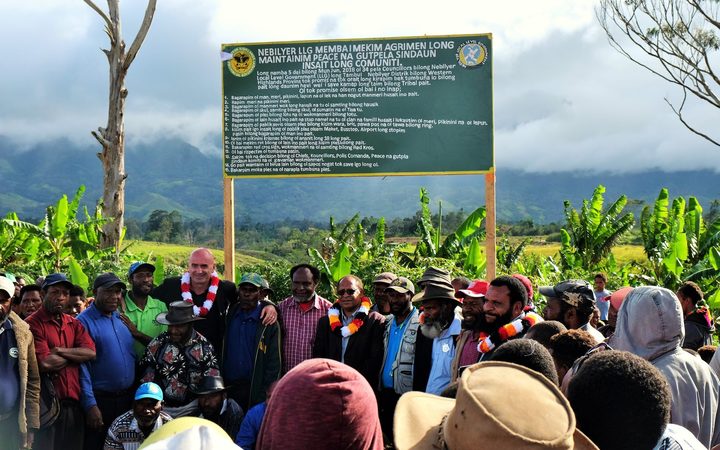 The Pacific is facing severe effects of climate change and these are only likely to intensify, a round-table on International Humanitarian Law (IHL) has been told.

When international law addresses a particular issue of concern, the intention is to have some kind of real impact on that issue, said Fijian lawyer Ana Tuiketei-Bolabiu.

In the case of armed conflict and the environment, the aim is to improve protection of the natural environment from the negative effects of war.

In her keynote address to the virtual event, Tuiketei-Bolabiu examined the nuts and bolts of effective implementation of humanitarian law in the Pacific.

She said the region is facing severe effects of climate change and these are only likely to intensify.

“As world leaders gather in Glasgow for the COP26 summit, the aim is to also protect the natural environment from the negative effects of war.

“A lot of people don’t realise that the humanitarian crisis that we are facing, whether it’s forced because of conflict, because of violence, is also becoming a climate crisis.

Tuiketei-Bolabiu said humanitarian law, also known as the law of armed conflict, is relevant for all nations – even those in peaceful regions like the Pacific.

Governments need to ensure laws are in place and are well understood by officials and the public, she added.

She said these laws also aim to protect the safety and dignity of people exposed to conflicts such as in the Solomon Islands and Bougainville.

“This year’s program also discussed the climate and the conflict in the environment. It also talks about giving effects to the ban of nuclear weapons with regards to the Treaty and Prohibition of Nuclear Weapons.

“What happens during conflicts or disaster management. Issues to do with rights, rights of the victims, rights of donors and outlooks on what they have.

“Just being vulnerable because of our geography, the socio-economic, the political systems that we have and how conflicts make institutions that give essential services, even infrastructure and governance – it causes a lot of instability and affects people’s strengthening themselves in terms of resilience.”

She said efforts must be made to reduce human suffering in these areas.

Tuiketei-Bolabiu said Pacific islanders continue to experience chronic disease and contamination of traditional lands due to nuclear testing in the region.

It is during peace time that states need to ensure laws are in place and that they are well understood by officials and the public, the International Committee of the Red Cross said.

“The Roundtable is an opportunity to strengthen the community of experts working to promote and implement IHL across the Pacific. Giving effect to IHL is a continuous process and there is always more to be done. Representatives will share their achievements as well as their lessons learned and will identify regional priorities.

“Every country in the world, including in the Pacific, is bound by international humanitarian law. These laws aim to protect the safety and dignity of people exposed to conflict and to reduce human suffering. They are about our common shared humanity.”

Both the Solomon Islands and Bougainville have seen conflict in recent past, and the PNG Highlands continues to see tribal violence, Rendle said.

More than 315 nuclear test explosions were concluded in the Pacific and Pacific Islanders in many areas continue to experience chronic disease and contamination of traditional lands attributable to nuclear testing.

“Further, the Pacific is also facing severe effects of climate change and these are only likely to intensify.

The three-day meeting ended on Thursday and was hosted by Kiribati and the International Committee of the Red Cross (ICRC).