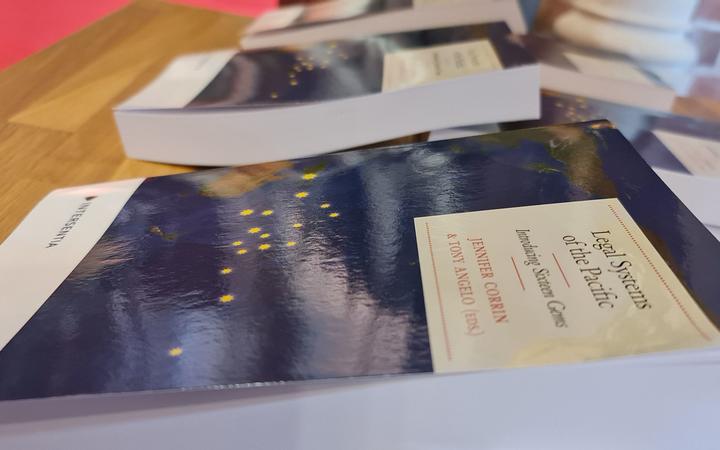 A book providing an overview of the legal systems of a selection of Pacific nations and territories has been published.

Launched on 30 October, alongside the Pasifika Legal Education Project, an exciting new text “Legal Systems of the Pacific: Introducing Sixteen Gems” provides a brilliant overview of the diverse legal systems operating in the Pacific Region. Compiled and edited by Victoria University’s Emeritus Professor Tony Angelo QC and Professor Jennifer Corrin of the University of Queensland, the text is a significant contribution to the legal scholarship of the Pacific Region.

In nearly three decades few similarly comprehensive scholarly overviews of these legal systems have been authored. As a desperately needed update, this book may be the de facto definitive entry-level text on the subject.

Although the book primarily concerns itself with so-called “black letter law” i.e. statutes, it never dismisses the reality that parallel systems of local customary law are also operating. A key sub-textual theme is the interaction and tension between the Western systems of law and these traditional systems.

Professor Angelo’s intention was to have as many chapters as possible written by local authors from the Pacific nations. Although some of the smaller nations, such as Pitcairn and Wallis and Futuna, lacked the academic personnel to contribute a chapter the other chapters were written by local legal experts, all of whom are qualified lawyers. Each chapter reflects the unique perspective of the author, adding a richness to the points of view expressed.

“Each author was given a list of topics, and we asked them if they could please cover those in respect of their country’s law. And the emphasis would be theirs.

So in some (chapters), for instance, there might be very little law on cultural protection. Well, it would be little. So that it was not controlled as to size.

And then we said, well, in some countries, there are specific issues, which, perhaps not in the others, and you’re free to develop them as you wish.

There was an overall direction, I suppose, just so that the chapters would become comparable,” Angelo said.

“But yeah, if you did get to read it, I think you’d see that the background and interests of each of the authors is pretty clear that he, and you know, whether the French trained or British common law trained. Whether they were…which indigenous group, it all affects one’s perception of the Law. So they were left free on that.”

Professor Angelo also noted that there was a movement within many of these nations to replace the original English legislation, which was borrowed or inherited from colonial times, with local statutes which are more suited to local needs and the demands of compliance with international treaties.

“The Pacific is forging its own way.” he said.